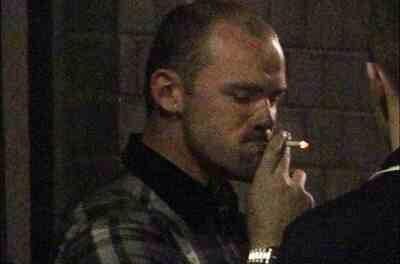 Despite being an professional sportsman who relies on his fitness to make a living, Wayne Rooney found the time to spark up a coffin nail while staying at the Wynn Casino in the city of sin this week. According to The Sun, the Manchester United striker also joined the pro-footballer smoke club – whose members include Dimitar Berbatov, David James and Zinedine Zidane – during his stag trip to Ibiza.

The biggest concern about this situation isn’t the effect the filthy habit will have on Mr Rooney’s career, but rather his flagrant abuse of smoking etiquette. Honestly, who smokes in a swimming pool? Does he smoke in the shower too? He ought to be thoroughly ashamed of himself.