With a busy schedule of playing for Real Madrid, manbag shopping and dressing in blackface, it’s amazing that Sergio Ramos able to make any time for the ladies. Our friends at Kickette, however, have alerted us to that fact that the man who boffed Cristiano Ronaldo’s ex Nereida Gallardo has started romancing Amaia Salamanca.

The Spanish actress – known for roles in SMS and Sin tetas no hay paraíso – was last week snapped by the Spanish version of Hello with the Real Madrid star. In addition to her television work, 22-year-old Amaia has fronted a Tampax campaign, and has also broken into the world of film: she stars in Fuga de cerebros (’Brain Drain‘) and provides a voice in the Spanish dubbed version of critically acclaimed monkey documentary Space Chimps. 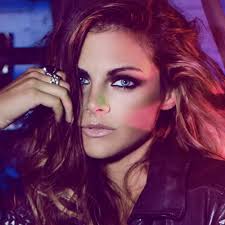