To be in great physical shape and to feel the love of the fans is a life every football player dreams of. Being a soccer star has many advantages, it also carries one big disadvantage. This career is shortly limited in time because it is hard to stay fit after the late thirties. The ten ex-players below are living proof that passion can transform for good. Vinnie Jones is one of the most famous faces in this list. Probably most of us you have seen him in many epic movies like Two Smoking Barrels. The film industry made him a world star. Due to his specific face and severe look he often plays the role of a bad guy, shooting and beating anything that moves. The former player of Chelsea, Leeds, Sheffield and Queenspark Rangers is the most successful actor who also was a great Football player before. Staying on the artistic wave it is impossible not to mention the two names, that transferred their passion for playing football into playing music. Gaizka Mendieta shared the love for music during the whole time of his football career. That is why straight after finishing with such teams as Lazio, Barcelona, and Middlesbrough , he completely gave in to his next passion. Though mixing music is now his main occupation he still stays strongly connected with football as he works as pundit from time to time. The extravagant Djibril Cisse opened a new page in his life as he quit playing football in 2007. Besides being a DJ, he also has a feeling for fashion and he developed his own line, called Mr. Lenoir. In interviews, he admits he was blessed to be so famous and good as a football player. And he loves the fact that he was part of teams like Liverpool and Sunderland. But he also feels that a good time for change has come. The next group of former soccer players we can call the intellectual one. Starting with Andriy Shevchenko, who was part of Chelsea and Milan in the past. He was active in politics even while still playing in the championship. That is why when he retired from football, he became even more determined to his political ideas. In 2012 he took part in the parliamentary elections. When gave up soccer in 2002 Barry Horne was another man to break the stereotype that players are no good for science. Previously one of the stars of Everton, Horne is the owner of first degree diploma in chemistry. This gave him the right to practice and consequently, he became a teacher in chemistry. Football always stays in his heart and his career in education is parallel with the football team directing role. Amongst these ten impressive players, there are several who stayed in the field of sports one way or another. Tim Wiese keeps his remarkable physical form with boxing. Being goalkeeper in German championship in the past, today he is a successful wrestler with muscles anyone can be jealous for. With these qualities and form, we could not agree more that there are great perspectives ahead for Wiese. Still staying in sports is also Bixente Lizarazu. The ex-star of Atheltic Bilbao, Bourdeoux and Bayern Munchen do not take his current practice like jiu-jitsu instructor as entertainment. He managed to master this martial art and even became a European champion in 2009. The amazing fact was that he did this at his first competition he would ever attend. So there is no doubt this is his next passion. Last but not for lack of interesting occupation are two former players, that can not be put in any of the above groups. Arjan de Zeuw used his good physical form and practice to protect the citizens as he became an investigative detective. His specialty is now forensics, though in the past he was defending the honor of Portsmouth, Coventry, Barnsley and Wigan Athletic on the field. Back in his native Netherlands, he is a respected detective now. 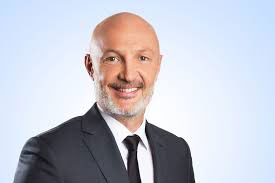 Frank Leboeuf is the only one in this chart that even managed to transform his occupation more than once. His debut in acting was short after finishing his football career. Then he changed his priorities and till now the 49 old former Chelsea player is taking part in different entertainment events on stage and modern productions.