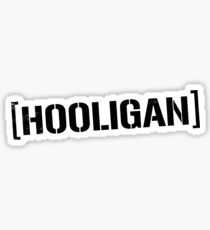 According to figures announced today by the Home Office, some 3,842 arrests were made for football-related offences at domestic and international matches in England and Wales last season – that’s 1.21 arrests per game. Decent scoring rate, that, Gary.

The figures also revealed how many court orders were awarded to each club’s fans. Here’s your starter for ten: which three clubs do you think have fans with the most court orders? A point for each club; one bonus point if you get them in the right order…

Answer after the jump:

Nationally, there were 3,172 court orders imposed on football fans last season. These clubs had the worst-behaved supporters:

Anyone guess all three teams, and in the correct order?